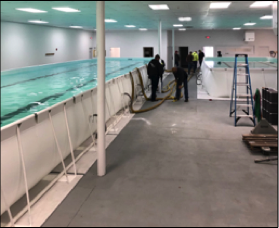 On July 28 2021, the world was introduced to a USA Olympic swimmer by the name of Michael Andrew. Although present at the opening ceremony of the 2021 Olympics in Tokyo Japan, it wasn't until Wednesday night, July 28 2021, that the world saw this remarkably talented swimmer. We at EZ Pools have had the privilege to help Michael become the amazing swimmer he is ultimately destined to be. 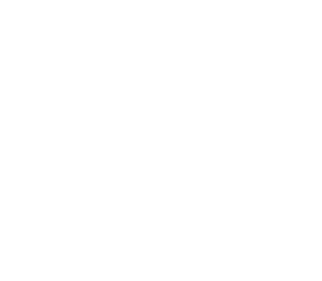 From Dance Club to Swim Club

In the winter of 2008, EZ Pools received a call from a desperate mother in Aberdeen South Dakota. "There are only two 25 meter indoor pools in this area." Tina Andrew explained to us over the phone. "One of them is controlled by a competiting team and the other is open to the public, but every time we try to practice, some one jumps in the lane." She continued to explain that her and her husband, Peter, quickly recognized their oldest son was a very gifted swimmer - but they had no way to support his talent.

Tina in her own right, was a very successful athlete and was a fixture on the UK TV show "Gladiators." Peter, her husband, had been a successful swimmer in the South African Navy. So it was in Michael's blood.

Time to Step Up the Game... and the Pool

"How can we help?" We offered. Tina went on to explain that they were looking at an old warehouse that had been used as a dance club. "If we gut the whole building and give you the measurements, can you make a pool to fit?" She asked. The answer is always of course. Every EZ Pool is made to order, which is why we offer so many different options. So they got busy gutting, we got busy making and kept busy building. In the span of two months, in the dead of winter, The Andrew family opened their very own swim club - The Aberdeen Aquaholics. And boy did Michael make it worth the investment.

With an indoor, heated, 25 yard pool at his disposal, Michael got busy. A year later he set 12 national records in the 10-under age group. "He's a very gifted athlete, " Peter Andrew said. "Right away when we started, I could see he had talent. He's a real blessing." Even other coaches could quickly recognize true atheletic genius in the making. "He's a very gifted child," said Trevor Layden a coach for another team who later become one of Michael Adnrew's coaches. "He's got a great ethic. I saw him break a couple of national records...he's gotten just that much better as he's gone on." And EZ Pools was there to make it possible.

The Andrew family moved to Lawrence Kansas in mid 2012. The bought a rather large estate that had plenty of room for a new pool. Rather than build a pool to fit, they designed eactly the pool they needed and built the building around it. And once again, they turned to EZ Pools for the perfect training pool.

The most common question we get is about flip turns, "Can an EZ Pool support flip turns by professional athletes?" Yes of course, but the Andrew family discovered a unique advantage. Because an EZ Pool is soft-sided, the wall absorbs some of the kicking energy a swimmer exerts when pushing off. Michael discovered this early on and quickly went to work building up his leg muscles. As a result, he had a greater push off in hard-sided concrete competition pools than his competitors. Did this help him achieve early successes? Hard to say truly other than Michael has always proved to be a very gifted and determined athlete.

Tina and Peter spoke with us in length about the pool they needed. It was different than any other pool we had made at that time. Marked for both 25 yeard and 25 meter, with a little extar room on both ends to allow for rigid bulkheads to be installed. "Why?" We asked Peter. "We need more exact timing and the rigid surface more mimics concrete pools." Very true and at basically 1/10th the cost of a concrete pool. 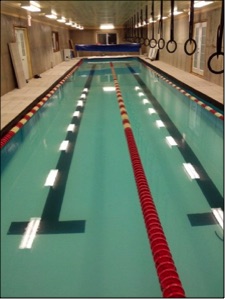 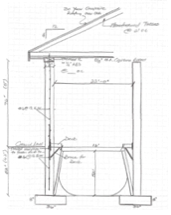 Michael earned a scholarship in a University in California, so the family packed up a moved again. But rtaher than waste their investment, we helped broker a deal with a small non-profit swim club in Kansas that bought the pool and equipment from the Andrew Family. "We were on a very tight budget," said Melvin Nemechek, one the founders of the swim club. "This purchase saved us so much money, we could buy a smaller additional pool from EZ Pools for a smalelr kids to train in."

May the legacy of Michael's untiring dedication to the sport inspire their swimmers to excel, as well as others. 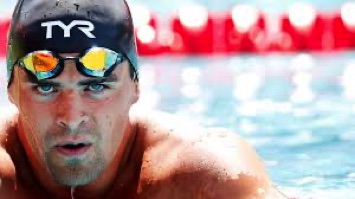 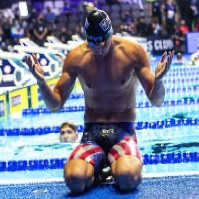 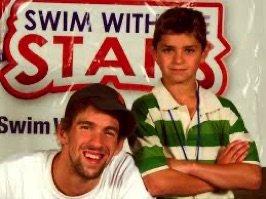